Jared and I started out at 7:00 am after getting an hour's extra sleep last night. The primary goal today was Grizzlies.

We started out driving to the Dunraven Pass area and no sign of the Grizz Mom and her 2 cubs. I asked some bear watchers who were there "parked and watching" and they reported nothing so far. We made rounds up and down Dunraven to Mt Washburn and nothing. Some photogs were photographing a few Grouse.  We decided to visit the Tower carcass and there were several "long lenses" there but the carcass was bare (ie. no takers).... the photogs were sitting in lawn chairs, drinking coffee and socializing.

We decided to head over the Tower Bridge area, and Slough Creek and nothing going on. We continued on to Lamar Valley to stake out the Osprey's nest by the Lamar River. The chick was in the nest and one adult was sitting in a nearby tree. My goal was some nest landing images.  In about 75 mins, there were two flights to/fro the nest by the adult. My fav is the pic below.  Time well spent. hope to stop by there Thursday as well.

We decided to move on towards the Fishing Bridge to have lunch. Hayden Valley was "dead". I snapped a few landscapes of the Yellowstone Mountains and River scenics.  Had a nice lunch at the Fishing Bridge with the three Columbus MPEGers who happened to be there as well. They also reported "seeing nothing" all morning...

After lunch, Jared and I decided to drive to the East Entrance via the Sylvan Pass.  Lo and behold, about 3 miles up the road, we come across a "grizzly jam" along with three YNP Park Rangers for crowd control.

A large Grizzly bear captured an elk calf for dinner and was "snoozing" since his belly was full. He was about 50 yards from the road. At one point, he got up, walked a few steps, then fell over, scratched his belly and fell asleep again.... I snapped a few before he feel asleep.  This was the highlight of the day!

We continued to drive over to East Entrance and took in the view. There was plenty of snow on the ground there.

We went back to Hayden Valley and set up camp (at our fav Hayden Valley turnout)  for the approaching dusk in hopes of seeing some wildlife activity. A few eagles flew by, I captured my first Mountain Blue Bird, saw a red tailed hawk get harassed by a raven, a few white pelicans flew by and several elk around but no wolves and no bears.

We left at 6:30 pm so we could meet everyone for dinner at 8:00pm.  We just left our fav spot and down the road about an mile, Jared spotted two wolves heading south by Creek Otter. No photo ops as their appearance was very brief as they disappeared in the trees. They looked like they were on a mission.

On the way back to the hotel, yet another "bison jam" (see pic of the Leader below). This pic was taken handheld out the window as the bison came within a foot of my car as they passed by.

We had a nice dinner and now looking forward to our last day here (Thursday) in Yellowstone and hopefully the day will be filled with great stuff! 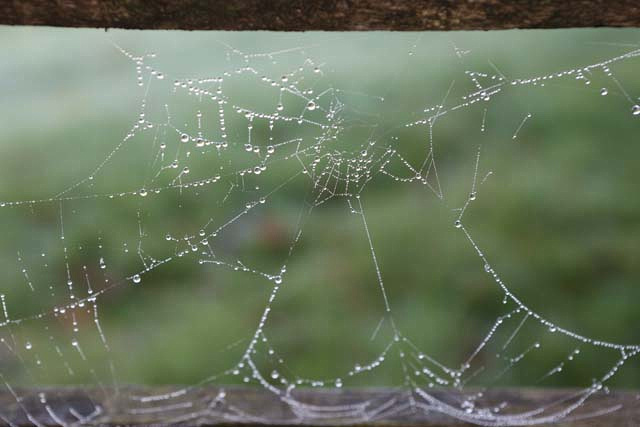